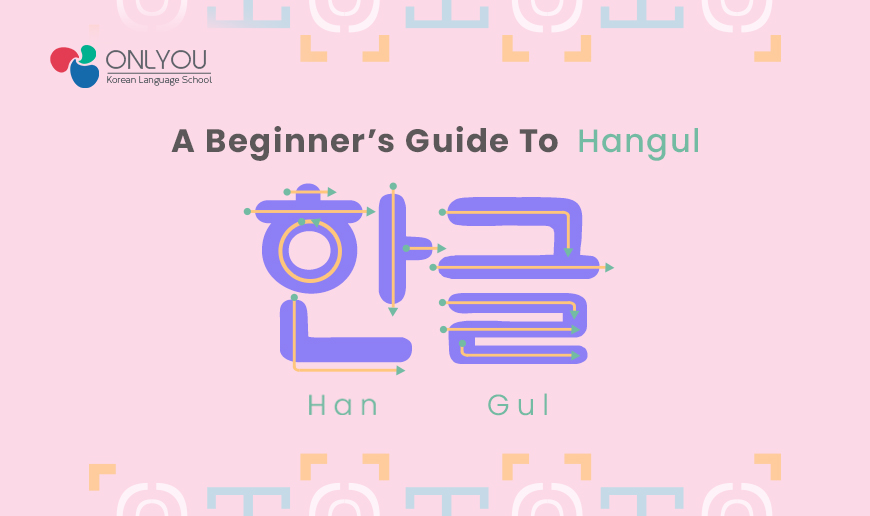 Have you imagined a day where you did not have to rely on subtitles to understand the Korean drama that you are watching? In fact, subtitles may not always be accurate at all. The wrong subtitles can even change the entire meaning of the scene, conveying incorrect information to the viewers.

If you have been keeping up with Squid Game, the recently aired K-drama that shot to fame on Netflix, you may be aware that the show has received criticism for its incorrect subtitles, leading to inaccuracies in capturing culturally scripted lines, thereby altering various scenes and character motivations. So, instead of relying on dubious translations, why not consider picking up Korean as a second language so that you can better understand Korean media? Not only is the Korean alphabet system – Hangul – easy to pick up, but the featural writing system allows you to commit the language to memory seamlessly, given how its alphabets mimic pictographs.

An overview of Hangul

Hangul (한글), which translates to Han for Korea and gul for letters (Korea letters), is Korea's official alphabet and writing system. It is also known as Choson gul (조선글) in North Korea. Compared to English – the top language used globally – which contains 24 consonants and 20 vowels, Hangul only has 14 basic consonants and 10 basic vowels, almost half of the English language.

Moreover, compared to Japanese and Chinese, which feature thousands of characters with 10 or more strokes, the most complex Korean character only contains 5 strokes. As you can see, Hangul as a writing system is relatively simple to pick up compared to some of the more popular languages in the world. With some time and dedication, you will be able to understand and speak basic Korean in no time.

How is Hangul organised?

Hangul is comprised of 40 letters – 19 consonants and 21 vowels – as seen in the table provided below:

It is vital to note that Hangul letters are arranged into syllable blocks. Therefore, when you are writing Korean letters, you have to ensure the characters look as if they are in a square. So, if you are a beginner, we will recommend drawing a square in your mind first.

Additionally, Hangul syllables must consist of at least one consonant, a vowel, and an optional final consonant. The syllabus must begin with a consonant, aside from one exception, ‘O’. A syllabus that begins with ‘O’ serves as a filler in place of a consonant but does not have a sound. Let us share some examples for your reference:

Korean consonants (자음, ja-eum, 子音) contain 14 basic consonants, with 5 additional "double" consonants, resulting in a total of 19 consonants in the Korean language. Depending on the placement of the consonant in a word, its pronunciation differs significantly. If you are using romanisation to learn Korean, you may even notice that the spelling changes depending on whether the consonant is placed at the start or the end of the syllable.

Let us share a basic chart for your easy reference:

As the name goes, Korean double consonants (쌍자음, ssang ja-eum, 双子音 ) are consonants that are doubled, with 쌍 (ssang) refers to a pair or a couple. Thankfully, you do not have to learn any new characters since the double consonants utilise the same Hangul letters found in the basic Korean consonants, except they are featured in a pair.

The difference between the pronunciation of a single versus double consonant is that it is said with an emphasis, focusing on the strength of the sound as we pronounce it.

Korean vowels (모음, mo-eum, 母音) contain 10 basic vowels, which are typically split into two categories: diphthongs and monophthongs. Monophthongs are created with a single articular movement, while diphthongs feature an articulatory change and generally contains two elements, a monophthong and a glide – or a semivowel.

Fortunately, unlike Korean consonants, the pronunciation of the vowels do not change regardless of their position in the syllable. Let us share a chart on how to pronounce the Korean vowels:

For characters with the asterisk sign, notice how their pronunciation begins with a y at the beginning. In Korean, there is no standalone y sound. Instead, the pronunciation is made by adding a vowel to it, such as "yooh" or "ya".

If you recall the earlier example provided for the basic Korean vowels, vowels with a single asterisk sign begin with a y. However, for Hangul letters that contain double asterisks, they refer to vowels that have the same roman spelling but contain a different pronunciation.

While the Hangul system is relatively straightforward to pick up, we also recommend being patient with yourself, as everyone learns at a different pace. As such, it may take some time for you to differentiate the pronunciations between similar Korean letters. However, with dedication and sufficient practice, you will soon get to grips with this beautiful language.

Additionally, we would recommend you to sign up for Korean lessons as well. At ONLYOU Korean Language School, we understand it can be challenging for beginners to learn a new language, as they do not have any foundation to build upon. As such, our class curriculum is meticulously planned to ensure our students have a solid foundation of the Korean language. With our qualified instructors guiding you and correcting any mistakes made along the way, you will be able to converse in fluent Korean in no time.

Helpful Phrases To Learn Before Your Trip To South Korea

Why Internet Explorer Is Still Relevant In Korea In 2021